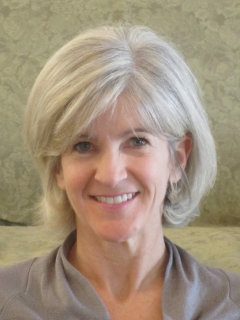 Bio: Kathryn S. McKinley is a Research Scientist at Google and an Adjunct Professor at the University of Texas at Austin. She was previously a Principal Researcher at Microsoft, held an Endowed Professorship at The University of Texas, and was a Professor at the University of Massachusetts, Amherst. She is interested in making programming easy and the resulting programs correct and efficient. Her research interests span programming languages, compilers, runtime systems, operating systems, and architecture. She and her collaborators have produced several widely used tools: the DaCapo Java Benchmarks (30,000+ downloads), the TRIPS Compiler, the Hoard memory manager, the MMTk memory management toolkit, and the Immix garbage collector. Her awards include the ACM SIGPLAN Programming Languages Software Award and the ACM SIGPLAN Distinguished Service Award. Her research has received test-of-time awards from OOPSLA (2), ICS, and SIGMETRICS, and best paper awards from ASPLOS, IEEE Micro Top Picks (4), SIGPLAN Research Highlights, and CACM Research Highlights (2). She served as program chair for ASPLOS, PACT, PLDI, ISMM, and CGO. She currently serves on the CRA Board, the CRA-W Board, and SIGPLAN EC. She previously served as co-chair of CRA-W, a member of DARPA ISAT, and on two National Academies studies. Dr. McKinley was honored to testify to the House Science Committee (Feb. 14, 2013). She is an IEEE Fellow and ACM Fellow, has graduated 22 PhD students, and is the mother of three sons.