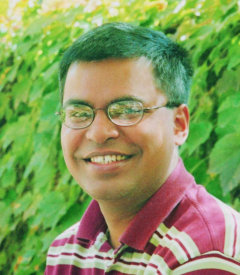 I am an Associate Professor of Computer Science at Colorado State University. I received the Ph.D. degree in Computer Science from Purdue University, in 2000. My teaching and research interests include modeling, designing, and testing of object-oriented software, middleware technologies, and aspect-oriented and component-based software development. I am on the editorial boards of the Software Quality Journal, Journal of Software Testing, Verification and Reliability, and Information and Software Technology. I was a general co-chair of the ACM/IEEE 12th International Conference on Model Driven Engineering Languages and Systems held in Denver in 2009, and the 14th Conference on Modularity held in Fort Collins in 2015. I was a program co-chair of the Third International Conference on Software Testing, Verification and Validation held in Paris in 2010. I am a member of the ACM and a Senior Member of the IEEE.